The green 1968 Mustang Fastback became a legend.
Inspired by the movie with Steve McQueen that came out that year, flying through the air and sliding with abandon through the streets of San Francisco for 9 and a half minutes, in the now classic, Bullitt.
Ford Motor Company, sometimes referred to as FOMOCO by us die hards, has decided, in its infinite wisdom, to try and reclaim some of the past glory by coming out with a 2008 Mustang badged as, Bullitt. 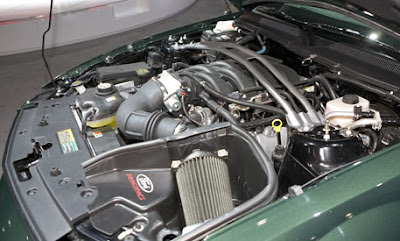 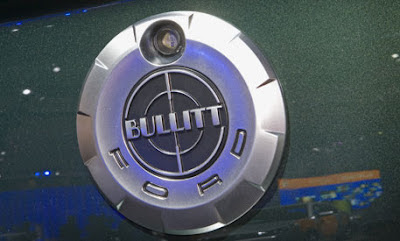 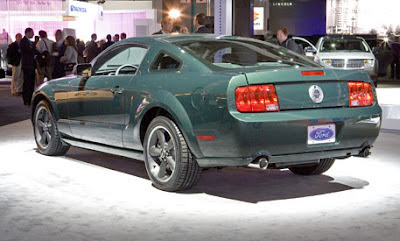 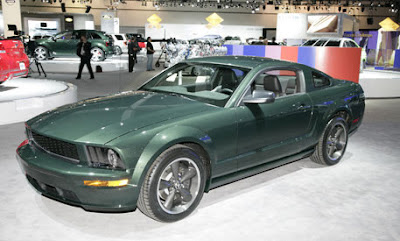 Give, me, a break.
The styling on this car blows goats.
The rear wheel arches vs the tire size looks like hell,the ass end looks like it is unfinished.The retro wheels are going to be a hot item but really don't do much for the whole look. The ride height looks to be too high and the rear quarter glass needs a vented cover badly. And what the hell is up with those mirrors?
Damn,it looks to me like a thrown together gimmick car.
Too bad Ford is going to get schooled by the aftermarket crowd who are going to do this thing up like it should have been done from the gitgo.
Note to the boys and girls at the Blue Oval, do it right or don't fuckin' bother.

The rest of the pictures I didn't grab are at Road and Track dot com.
Posted by Phil at 5:27:00 PM