This has a lot of potential and my hat is off to some very smart guys.

A team of MIT undergraduate students has invented a shock absorber that harnesses energy from small bumps in the road, generating electricity while it smooths the ride more effectively than conventional shocks. The students hope to initially find customers among companies that operate large fleets of heavy vehicles. They have already drawn interest from the U.S. military and several truck manufacturers. 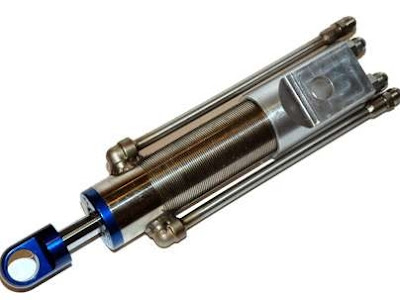 "Simply put -- we want this technology on every heavy-truck, military vehicle and consumer hybrid on the road."

They say that the average heavy truck that has six shock absorbers on it could generate enough electricity driving down a normal road with these installed,up to 1 KW, to eliminate the alternator.


The rest of this fascinating article can be found here.

I would like to thank the fabulous Phoenix Woman who originally put this up at FireDogLake earlier this morning.
Posted by Phil at 12:24:00 PM